Are You Tracking the Right Stuff? 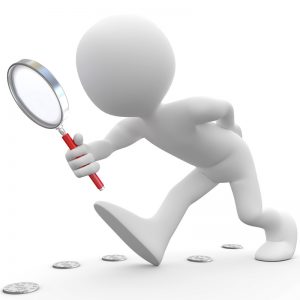 I just finished speaking to a large CEO group this morning and I asked a very simple question. “What are you doing to track your sales people?” Several of them didn’t have an answer, but one of the men in the room spoke up. He owned a manufacturing company and said, “We track the amount of quotes that they send out on a monthly basis.” I said “Ok, tell me about that.”

“Well, we require all sales reps”, and he has sales reps around the world, “to put out a minimum of 20 quotes per month.” I said, “Ok, why do you do that?” and he looked at me with curiosity, and said, “What do you mean?” “That’s how we track what they’re doing and we know that if each one of them puts out 20 quotes, they’ll typically get six back with interest, they’ll negotiate and usually close two of them”. I said, “So you’re closing 2 of every 20?” “Well, not every 20, but pretty close, that’s pretty much our track record” I then asked “How much time are they spending on the other 18 that they don’t close?” He said, “What do you mean? They don’t spend any time on them.” I said, “Who does their quotes?” “They do.” “Who puts them together?” “They do.” “Who sends that out or presents them to the clients?” “They do.” “Who follows up?” “They do.” “Then ok, so have you ever tracked the amount of time they’re spending on the ones they don’t close?” “And a 2 out of 20 ratio is 10% and so if you think a 10% closing ratio is a good idea, I would make sure that you are hiring very very inexpensive sales reps, and just get them to throw enough quotes out there. You certainly don’t need professional sales people because you’re not looking at professionalism when you do it that way.”

This is such a common occurrence, when I talk to leaders of sales organizations. So many of them don’t have any tracking at all. So many of them just say, “I hire professionals, and they get out there, and if they don’t meet their revenue number, I get rid of them.” “Ok, that’s one way of going about it, but you’re supplying no tools to them, no coaching, no mentoring, no leading and that’s not the right thing to do. You take a big chance there.” So I do admire the fact that he’s tracking something, though he is tracking the wrong things. You don’t want to track the amount of quotes, proposals, whatever you call them in your world. You don’t want to track those, because anybody can throw a bunch of proposals and quotes out there and see what sticks. You might as well sit back in your office and sent ‘em on out. What you need to do is not send any proposals or quotes out until you actually have a conversation with somebody. It is imperative to pre-qualify every opportunity, confirm that they have issues that you know you can solve with your product or service, you have had some level of discussion about investment so not to spring that on them in the proposal and finally a true understanding the solutions that you’re going to provide. Most importantly, and most commonly missed, you know when they get that proposal, what they’re going to do with it. Who’s going to be looking at it? Who are they, and if they’re happy with the proposal, what is going to happen on the other side of that?

If you don’t know those things, and your sales people don’t know those things, you shouldn’t be putting proposals out in the street. Depending on what kind of company you have and what you do, you could be spending a lot more time and money than you think developing recommendations and proposals, getting quotes, putting numbers and things together.

It is a huge waste of salespeople’s time to throw a bunch of quotes and proposals out there and just keep following up on them until you either exhaust the client or the salesperson.

Maybe, they do buy 2 out 20, it’s probably less than that. Either way 2 out of 20, a 10% closing ratio is shameful, absolutely shameful.   Your proposal should never get into the hands of anyone until;

Number 2, You have had a discussion of what the approximate dollar amount would need to be for you to come up with a solution to solve their problem.   You don’t have to give the number but you had to have some level of investment discussion and

The CEO who owns the manufacturing company is a very bright man. He has processes in place for everything and I admire that, but the process he has in place for tracking his salespeople is poor, and if I were grading him on it, he would get an F.

Make sure that you keep your proposals back; you hold your proposals and don’t show them to anyone until they qualify and deserve to see them. Proposals never sell. The sales should be almost complete before you make your presentation, and your presentation or proposal or quote is merely the proof statement of what you already discussed. If that’s not what is happening you’re doing it backwards.

Previous Post Are You Winning the Battle? Next Post Are you the 20%? Chances are, you’re not.
Menu
×