Beware of Discounting and Price Cutting!

Beware of Discounting and Price Cutting! 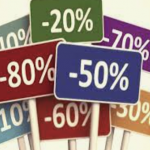 Beware of discounting and price-cutting

Why do we do so much price cutting? Why should we beware of price cutting and discounting? Price cutting is not true negotiation. Most often the reason is that it is easier to cut the price than do a true deep-dive into the issues at hand and recommend the best solution. The reason you need to beware of price-cutting is that pricing is because pricing is very subjective. What does it mean if you are lower than the competition? what about higher?

The idea is that price is a good price or not is based on several things. The most important, after of course, that fact that your product or service is good, is the perception of value. What is value? It is whatever the buyer decides it is! Not what they told you in product-knowledge school!

One of the reasons salespeople have to negotiate the price and therefore create a lengthened selling cycle is often directly related to the lack of having a true money conversation earlier in the process. 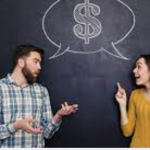 Prospects themselves don’t often encourage the budget conversation; either they are used to or are typically more comfortable with waiting until the proposal is sent to see what the price range will be. If there is no early conversation about money and it is only brought up at the very end, the prospect has much more negotiation power than the salesperson.

This weakness will show itself in a few ways. First, it may be difficult to bring up the conversation about money. Uncovering a budget is crucial in preparing for a sale. In this case, it is much easier to discount to seal the deal.

It may be difficult to have this conversation. If this conversation isn’t brought to the table, when a proposal is submitted, the prospect may have a tendency to just look at the price (as it hasn’t yet been discussed), and make their decision solely based on the number they see.

With weakness in this area, you’ll see negotiating more often internally with your company to discount than with the prospect to accept the actual cost. Test often thinks that if he can reduce the price, he will be more likely to close the sale, ultimately reducing your margins. Most decisions are not made on cost alone; therefore, if the cost of your product/service is the lowest amongst your competitors, it does not necessarily increase the likelihood of closing the sale.

If the salesperson is uncomfortable talking about money and is rarely able to uncover the actual budget. You may have no concept of what constitutes “a lot,” causing him to be ineffective when selling a “high ticket” item in the marketplace. it is important to present accurate proposals because of a lack of awareness of what the customer is willing to spend. Because of this, negotiations constantly happen at the wrong time and from an inferior position, or not at all.

We often don’t realize that we have this weakness. Check out the free report sample. This will help you understand this weakness and other important weaknesses that will make or break sales success. Read through the entire report. See what is most important. Sometimes we believe outgoing and friendly are among the most important characteristics. They aren’t! Yes, being able to bond with different types of people is certainly a powerful trait but it is not even in the top 3!