Don’t Show Up and Throw Up!

Don't show up and throw up!

Likely you have heard this silly quote, “Don’t show up and throw up” but what does it really mean? In simple terms it means stop telling and shut up! But aren’t you supposed to talk if you are in sales? How do we let them know what our product is all bout? What  about the features and benefits of the product? Don’t they need to know??   Features and benefits selling is one example of why you don’t show up and throw up!

Why Don't Show Up and Throw Up

OK so this a bit over the top, at least I hope so!! Here is an actual example though…

Sherry was just hired as an account executive for “Glossy Magazine, Inc.” She was alone in the sales area, waiting for her manager to begin her training when the phone rang at the desk where she was sitting. She answered it.

“Glossy Magazine…can I help you?”

“Yes. I would like to speak to you about advertising.”

Sherry asked the woman’s name and then politely asked if she would hold a moment. She looked around the sales bullpen, but there was no one to be found. Her manager was on the phone behind closed doors, and Sherry did not know what to do. She got back on the phone to let the woman know someone would call her back, to which the woman replied that she only had a few questions.

Before Sherry could respond, out came the questions. Sherry, in fear, asked a few questions as well but really had no idea about anything she was talking about. “What is your product?” “What are you looking to achieve?” “Is this a new product?” “What have you been doing to advertise?” and “How did that work?” She kept the woman on the phone as long as possible with this series of questions.

Finally, Sherry said, “I feel like I have a pretty good idea of what you are looking for. Let me put together some thoughts and call you later this afternoon. Will you be available around four o’clock? We can take thirty minutes or so to discuss some ideas my manager and I might have for you, once I give her this information. How does that sound?” The woman agreed, and Sherry was off the phone…and off the hook!           When Sherry’s manager completed her phone call, Sherry told her what happened. She mentioned that the prospect was a residential decorator, but before Sherry could tell her manager the rest, the manager told Sherry to call back immediately. The prospect needed to be informed, per the manager’s request, that Glossy Magazine has been in business for seventeen years, and was the number-one decorating and design magazine in town, specializing in residential and upscale homes.

Here’s where the conversation went sideways;

The manager wanted to make sure the prospect knew that the magazine was more than qualified to help with any of her needs.“Here is the media kit we market with. Tell her you will send it right out,” the manager said. “Better yet, tell her you and I will go out there and present it to her.” 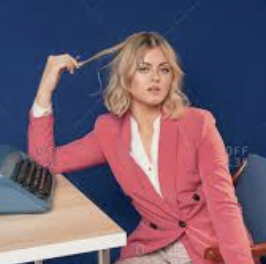 Gee, if I were the prospect, I would just be jumping up and down, waiting for that visit! Wouldn’t you? Of course not.

Sherry was good enough to ask the right questions, even if she did not know what she was doing. But her manager was about to ruin it by doing the old “show up and throw up” routine.

No one wants to be sold to. Now, do not misunderstand that to mean no one wants to buy. Oh no…we love to buy! We just hate someone selling to us. We want it to feel like it was our decision.

Remember, when in doubt, ask a question. It will allow your prospect to talk, give you additional information, and give you some time to think. It will help you formulate a strategy for how to most effectively persuade the prospect to say yes. And it will give your prospect a chance to sell herself on signing with you.

Telling is not selling; asking is. 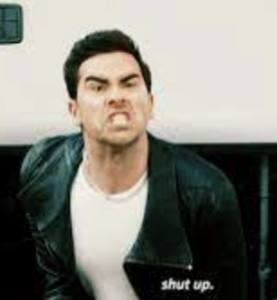 Are we just hiring badly? Find out