To Sell Is Not To Sell

To Sell Is Not To Sell

“I have to tell you, I hate dealing with salespeople,” said the prospect we called on.

“Wow, someone must have really gotten you upset for you to say that! What in the world happened?” was my response.

“Oh, you know…the usual: coming into my office and telling me why I should buy what they have without even understanding what I need.”

“Well, they proceeded to tell me that other companies like ours have used their product, and it has really helped them. I do not even know another company like ours.” This is a typical example of selling or pitching. Back in the 1970’s, this may have worked but today it is all about trust and credibility. There is little credibility in today’s features and benefits pitch selling.

Negative reverse selling is a technique that involves asking questions or making statements against your desired outcome. Unlike traditional sales techniques, which are typically aimed at convincing prospects to buy, negative reverse selling appears to do the exact opposite. I first heard this term years ago from another training company. Typically this technique is more commonly called, reverse psychology. 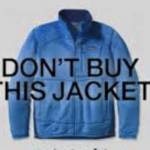 My best example of this is when our 2 boys were younger. Our older son is an athlete and believes he can do anything. Our younger son often had fun with this, even at both of their expense. One night, my husband and I went out to dinner and though we live in Florida, it was a cool night so we turned on the heater in our outside jacuzzi. On a cool night typically, this takes about an hour to reach the best temperature. We looked forward to getting home and sitting in the cozy jacuzzi tub.

You can’t do that

So my younger son says to the older, ” Hey I bet you can’t take all of the water out of that Jacuzzi! “I can too,” says our confident son.  “How?” he replies. “I just can, like with a bucket” “OK so let’s see. I don’t think you can do it. There is a lot of water in there.”

Needless to say, when we finished dinner and came home, we saw one of the boys in the jacuzzi with a bucket and the other on the chair, close by grinning. “What did you do?” Yes, my husband is feeling disappointed with the realization of missing our nice warm and cozy soak. He asks, “WHY???”

No answer. Both of them got in trouble and we joke about this today! This is funny now but more importantly, what a great example of reverse psychology.

Another great example in advertising 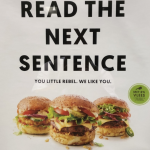