What’s Really Holding you Back? Find out!

What's REALLY Holding You Back?

Do Beliefs Block Your Thinking?

I have a client company that has raised its prices every year it has been in business. Nothing so unusual about that. Most of the sales associates are relatively new—they have been on the job a year or so at the most—so for them, it is what it is. So are beliefs blocking your thinking? 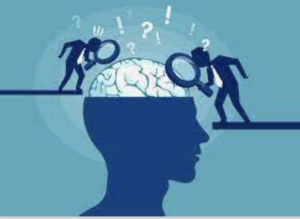 So there is an associate working there, named Maureen, who has been there since day one. Maureen has seen increases year after year and always sweats it when the company announces the percent of increase for that year.

One recent year, when the CFO put out the figures—an astonishing seventeen percent increase, the highest the team had ever seen—the other associates took it in stride, but not Maureen. “There is no way anyone is going to pay that amount. When I started, we were charging less than half of that. Enough is enough. We need to be able to sell this, and no one will buy at this price!” Maureen declaimed.

What they don’t know…

The newer associates did not see it the same way Maureen did. It was just business to them. They discussed her concerns in the meeting, and the sales director seemed to get most of them comfortable with the new pricing…but not Maureen. He was not giving in to her, so she did a little internal politicking. 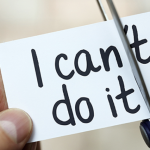 It was not intentional, but she vented her fears around the office sufficiently that the others were now doubting their comfort with the higher pricing. “What if she is right? The market is a little soft, and what if we can not sell enough to make quota?” one associate timidly questioned over lunch, “And how much flexibility do we have to negotiate, if need be?” asked another.

A mountain had now been created out of a molehill. And why? Because someone decided her perception was reality. What is worse, she not only created her own reality, she created others’ as well. So, let’s see what happens when a prospect one of them is meeting with says, “Well, how much is it?” and they tell him.

Belief will make or break you

f the prospect as much as hesitates, the sales rep will often feel as though he is uncomfortable with the high cost and will probably open her mouth and say something like, “We have a little flexibility there, of course,” when all that may have been really going on was that the prospect was just thinking about where he was going to move money from to pay for it!

So why does this happen? Because we let our own beliefs infiltrate reality, and we see things through our own reality, not the prospects’. Let’s put some of this into perspective.

For my female readers: I want you to think about the conversation you have had with your husband, boyfriend, significant other…

you fill in the blank. You come home with a pair of Stuart Weitzman’s (I know you women know what these are), and you tell your partner you bought them for one hundred and twenty-five dollars! You are jumping for joy, knowing that is half of their usual price, and looking for a little high-five action from him.

But he says, “What, are you crazy? Why would you spend that on shoes?!” And you look at him like he has three heads. Does he not realize how great this deal is? Does he even know how much money you just saved him?

For my male (and some female) readers: Do you remember the day your buddy called you with the news that he got a hold of two Super Bowl tickets on the fifty-yard line, and they were only six hundred dollars apiece? Your wife said, “Are you kidding? We could pay car payment with that and have enough left over to have a party here for Super Bowl!”

Perception is merely that. Do not let yours get in the way of closing the sale.